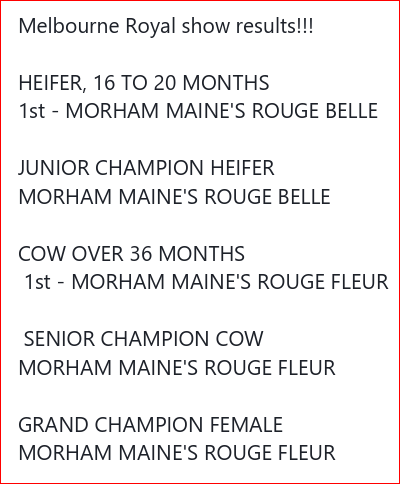 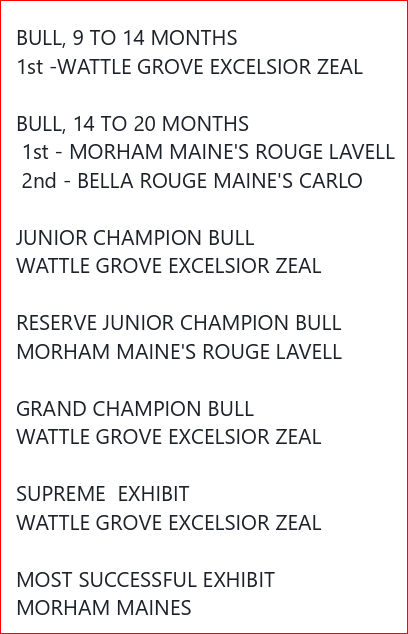 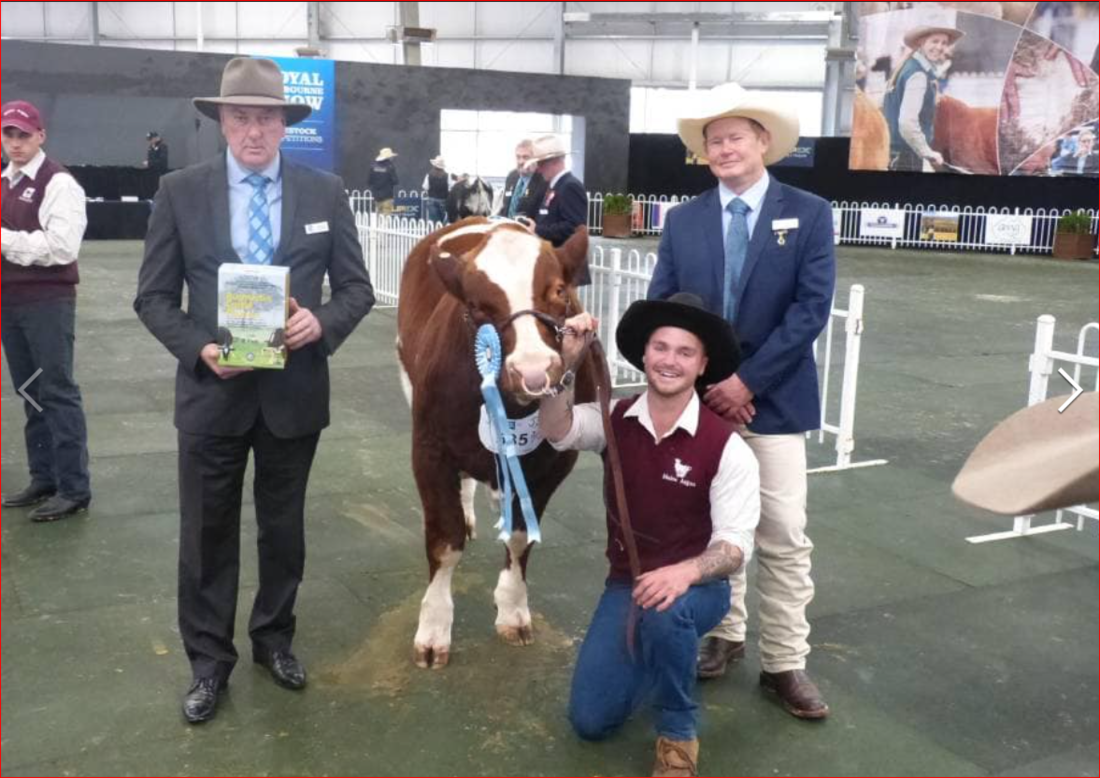 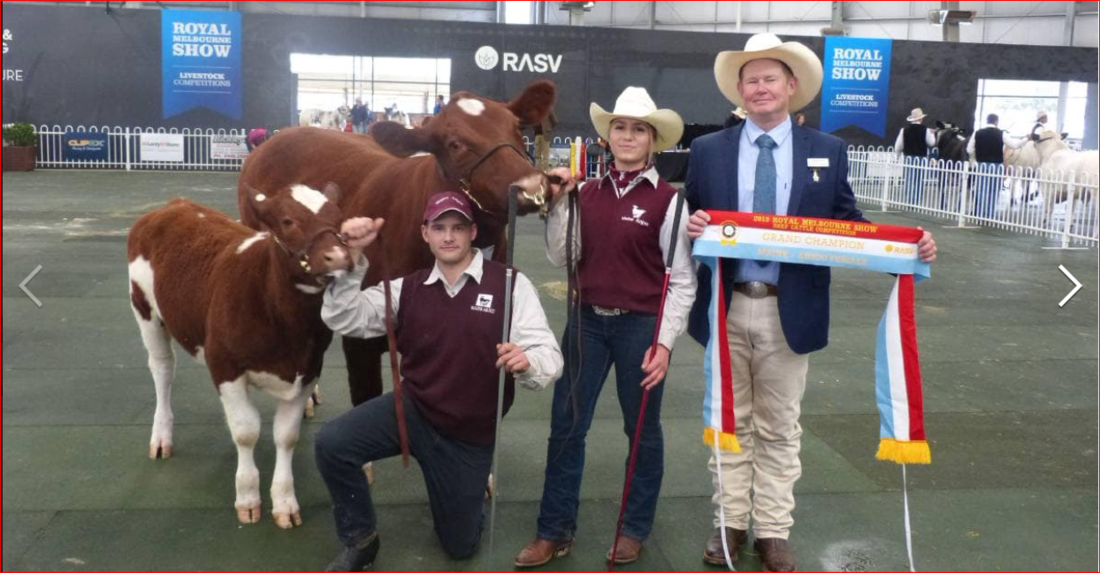 The judge, Mr. Lester Job, said that he considered the Senior Champion Bull to be a free moving Bull as well as having a good fat cover, a soft skin and nice muscle pattern.  he said that the Senior Champion female was a nice classy cow, structurally correct with a nice udder and had an impressive calf at foot.  He believed both Grand Champions were good enough to move up the line in the interbreed classes at the end of the show.

The Maine Anjou Society would like to thank Mr. Job for giving his time to judge our breed, with well placed comments on his placing's and spending time back in the shed, after judging with exhibitors. 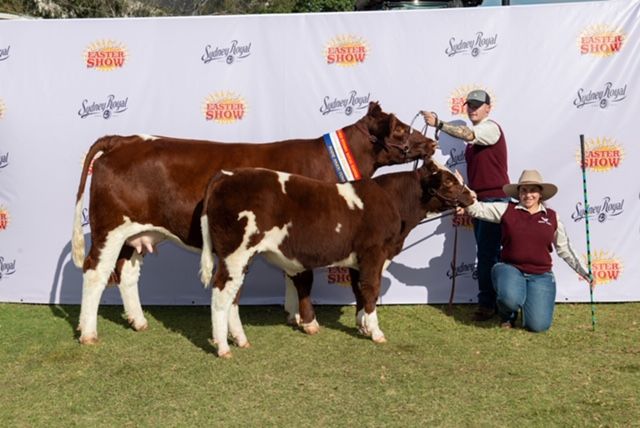 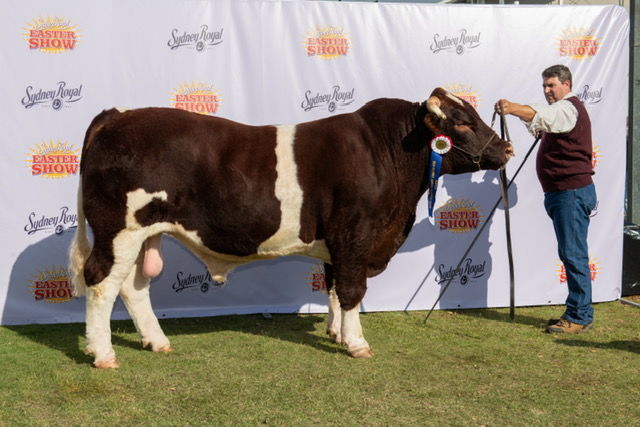 Lardner Park is an excellent opportunity for our members to talk about everything Maine Anjou.

Farm World is Huge and there is much to see and do, the cattle that is exhibited attract a lot of public interest and generated curiosity about our great breed. 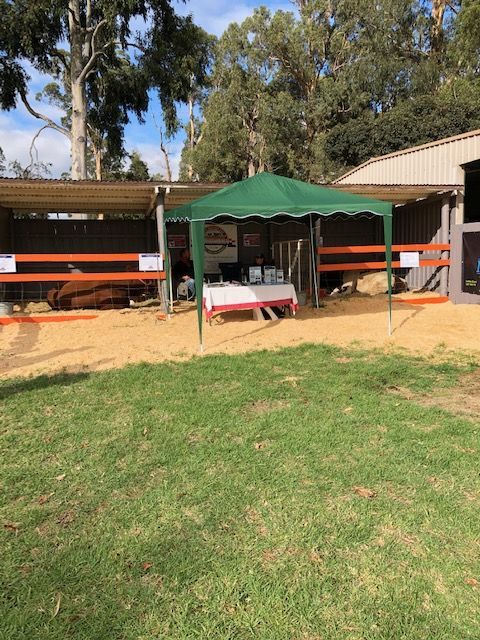 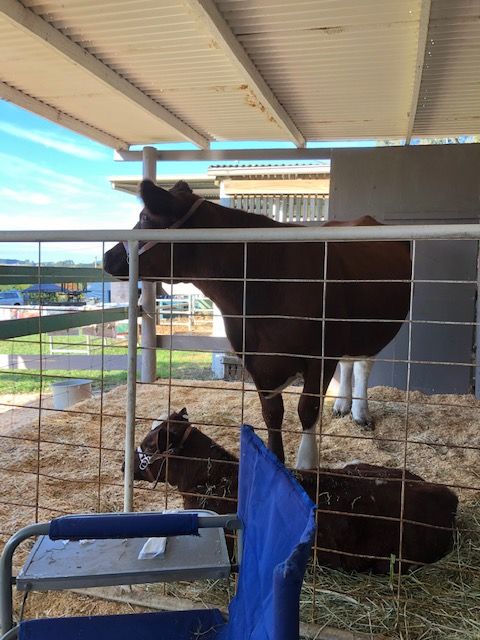